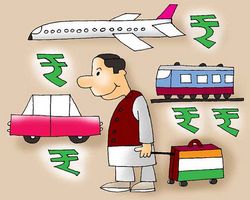 Finance Ministry also clarifies that after implementation of 7th Pay Commission recommendations in respect of Allowances with effect from 1st July 2017,

It is also clarified in this Office Memorandum that Employees can not opt for 5th CPC Travelling Allowance Rates which was allowed until 7th CPC travelling allowance came to effect.

This Office Memorandum also clarifies that when the central government employees who are on official tour get free boarding and lodging, daily allowance will be restricted to the actual expenses incurred by the employees during local journey

Sub :- Travelling Allowance Rules — Implementation of the Recommendations of the Seventh Pay Commission.

Consequent upon the issuance of this Department’s O.M. of even number dated 13.07.2017 regarding implementation of recommendations of 7th CPC on Travelling Allowance (TA), various references are being received in this Department seeking clarification regarding admissibility of Daily Allowance (DA) in case Govt. employee avails free boarding and lodging.

3. The matter regarding admissibility of DA in case of free boarding and lodging, has been considered in this Department. Daily Allowance is given to the Govt. employees as a reimbursement of the expenditure incurred by him on tour for his stay, food and travel at that station. In case of free boarding and lodging, the Govt. employee, if incurring any expenditure on local travel, can claim the same as per Para 2 E (i) and (iii) of the Annexure to O.M. of even No. dated 13.07.2017. The earlier system of giving 25% of DA is being discontinued. Also, after implementation of 7th CPC recommendations, the facility of DA at 5th CPC rates is done away with.

4. This is issued with the approval of Secretary (Expenditure).

(Nirmala Dev)
Deputy Secretary to the Government of India