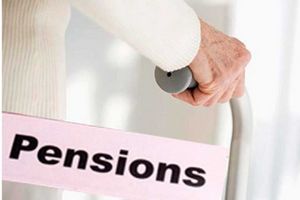 We refer to the discussions held on 6.10.2016 in the matter of feasibility of acting upon the 7th CPC recommendations (Option No. 1) in the matter of pension computation and the minutes circulated under cover of the letter cited. At the outset, we would like to state that the members of the Staff Side, who were associated with the discussions, gained an impression that the Pension Department would not like to implement the recommendation of the 7th CPC concerning Option No. 1 provided to the Pensioners in determination of the revised pension. As has been pointed out by us during the discussions on 6th October, the Government has accepted the said recommendation with a rider of its feasibility of implementation. The attempt, therefore, must be to explore the ways and means of implementing the said recommendation, which benefits a large number of retired personnel, especially those retired prior to 1996. It is, therefore, highly doubtful how any alternate proposal in replacement of the accepted recommendation would be tenable.

We have the matter considered by various Pensioners Associations as also the Federations of the Serving employees. We enumerate here under the feed- back we have received:

Even according to the exercise carried out by the Pension department, only in 18% of the cases, the service Books are reported to have been not available. Conversely it means that in 82% of the cases the records are available to operationalize option No.I . Besides, we find that on the basis of a random scrutiny that only 40% (Percentage varies from Department to Department depending upon the then prevailing career prospects) generally will opt to have pension fixation under the provisions of option No.1. It will work out to hardly 7% of the cases, where Service Books might not be available. As has been pointed out in the last meeting, Gradation/Seniority list is maintained for each Cadre by the Concerned Department, where the date of promotion to the cadre inter alia is indicated.

The said gradation list will reveal many other details viz. the date of birth, date of entry into government service, date of promotion to the present cadre, whether eligible for next promotion, date of superannuation etc. This apart there are several other documents maintained by the Department, which will come in handy for verification of the clam, viz, the pay bills, Establishment files containing promotion orders etc. In other words it is possible to verify the claim of any individual pensioner or family pensioner and take appropriate decision. In other words, there is no infeasibility question at all. It was also pointed out by many organisations that the retention period of Service Books in all major Departments of the Government of India is 5 years after the death of the Pensioner/ Family Pensioner and not 3 years after retirement as indicated by the Official side at the meeting. This apart, it may also be noted that the option has to be exercised by the concerned individual pensioner and he has to make a formal application to the concerned authorities. He is bound to substantiate his claim with documentary proof, whatever that is available with him.

As was pointed out by some of us in the last meeting, the non- implementation of an accepted recommendation on the specious plea of infeasibility will pave way for plethora of litigation. Apart from the administrative difficulties, the Pension Department would be saddled with if such litigations arise, it would be sad and cruel on the part of the Government to compel the pensioners to bear huge financial burden to pursue their case before the courts of law.

In view of this the Staff side is of the firm view that the Government issue orders for implementation of Option No. 1 as there is no room for stating that the recommendation is impossible to be implemented for those who are benefited by the said option.

We are aware that certain anomalies are bound to arise on implementation of option No.1 Anomalies have arisen in the past too. What is needed is to examine those anomalies and ensure that those are genuinely addressed.

It may be noted that even under the present dispensation, no two Government servants are entitled for the same pension despite they being retired on superannuation from the same grade on the same day. The promotion in lower cadres especially Group B, C and D had been few and far between a decade back in many departments and continues to be the same situation in certain organisations of the Government of India. The vacancy based promotion system, one must admit , operates in a fortuitous manner. For no fault of the individual employee, he/she may retire without getting a promotion whereas his colleague due to sheer luck might get the promotion at the fag end of the career. The case of those employees who retired prior to the advent of ACP or MACP is really pathetic. They had to remain in certain departments in the same cadres for years together. They are in receipt of a paltry amount of pension though there is nothing distinguishable in their service careers for such deprivation. To deny them the benefit provided by the 7th CPC on the specious plea that the relevant records are not available with the Government may not only be unreasonable but also will not stand the test of judicial scrutiny .

As we have stated in the meeting, the alternative suggestion put forth by the official side is a welcome feature , for it might be a step in the right direction to remove the anomaly pointed out by the Official side when Option No.1 is implemented and will benefit those pensioners who got their promotion at the fag end of their career.. It is also likely to bring about certain extent of parity, if not full, between the old and the present pensioners. However it cannot be in replacement of the recommendation in respect of Option No.1. made by the 7th CPC. The alternate suggestion of the Pension Department may be offered as another option to the pensioners who are not benefited either by Option No. 1 or 2 recommended by the 7th CPC. Such an option will eliminate to a great extent the anomalies that might arise from the implementation of option No. 1.

In fine, we request that:

The Pensioners/family pensioners choose be allowed to choose any one of the following three options;

(a) 2.57 time of the present pension if that is beneficial.

(b) Option No. 1. Recommended by the 7th CPC, if that is beneficial for them.

(c) to determine the Pension on the basis of the suggestion placed by the Pension Department on 6.10.2016 i.e. extension of the benefit of pension determination recommended by the 5th CPC (viz. arriving at notional pay in the 7th CPC by applying formula for pay revision for serving employees in each Pay Commission and consequent pension fixation) to all pre-2016 Pensioners/family pensioners, if that becomes beneficial to them.