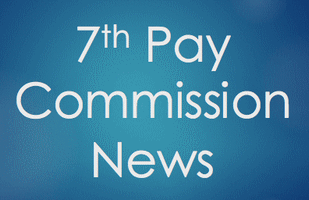 The Union Cabinet, chaired by PM Modi, recently approved important proposals relating to modifications in the 7th Pay Commission recommendations on pay structure and revision of the three pay matrices in the course of their implementation.

The Cabinet, while approving the 7th pay commission recommendations for their implementation on 29th June, 2016, had made two modifications in the Defence Pay Matrix as under:

The Cabinet has now approved further modifications in the pay structure and the three Pay Matrices, i.e. Civil, Defence and Military Nursing Service (MNS). The modifications are listed below:

(i) Defence Pay Matrix has been extended to 40 stages similar to the Civil Pay Matrix: The 7th pay commission had recommended a compact Pay Matrix for Defence Forces personnel keeping in view the number of levels, age and retirement profiles of the service personnel.

The IOR for Level 13A (Brigadier andequivalent) in the Defence Pay Matrix has already been revised upwards with the approval of the Cabinet earlier. In view of the request from Ministry of Defence for raising the IOR for Levels 12 A and 13 of the Defence Pay Matrix and requests from others, the IOR for these levels has been revised upwards to ensure uniformity of approach in determining the IOR.

(iv) To ensure against reduction in pay, benefit of pay protection in the form of Personal Pay was earlier extended to officers when posted on deputation under Central Staffing Scheme (CSS) with the approval of Cabinet. The benefit will also be available to officers coming on Central Deputation on posts not covered under the CSS.