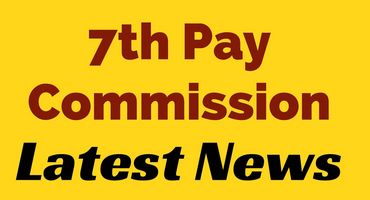 A meeting of the Standing Committee of National Council (JCM) was also held on the same day in which the protest by government employees over abnormal delay in 7th pay commission implementation of allowances was discussed.

Increase in minimum pay and fitment formula, revision of pension and grant of dearness relief to autonomous body pensioners was also discussed at the JCM (Joint Consultative Machinery) meeting which was chaired by Secretary, Department of Personnel.

The proposed move to close down DGS&D (Directorate General of Supplies and Disposal) was also taken up at the JCM meeting.

ALL YOU NEED TO KNOW ABOUT 7th PAY COMMISSION AND THE UNION CABINET APPROVAL:

1) On Wednesday, the Union cabinet approved modifications in the 7th Pay Commission recommendations on pay and pensionary benefits.

2) The benefits of proposed modifications will be available with effect from January 1, 2016–the date of implementation of the 7th Pay Commission.

3) With this, the annual bill of the Central government is likely to be Rs 1,76,071 crore. The two major decisions taken by Union cabinet were on revision of pension of pre-2016 pensioners and family pensioners; and disability pension for defence pensioners.

4) For pre-2016 pensioners and family pensioners, the Cabinet approved the modifications relating to the method of revision of pension.

7) The Lavasa Committee’s recommendations on allowances has not yet been shared in public domain but reports suggest that the committee has taken a favourable stand on subjects like the house rent allowance (HRA).

8) Government employees’ representatives are demanding arrears on allowances given the long delay in the implementation. It was speculated that the government will make an announcement before the start of this financial year.

9) However, following the delayed submission of the review report by Ashok Lavasa, the wait for revised allowances continues. The Union cabinet had approved the recommendations of Seventh Pay Commission in June last year. The Seventh Pay Commission recommended a 14.27 per cent hike in basic pay, which was the lowest in 70 years.