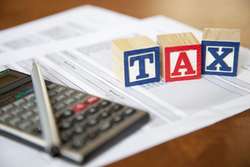 Filing Income Tax Returns gets More Complicated – The government’s primary motive is that people should not get away by non-disclosing.

Filing income tax returns is not a pleasant job for most, even for those who have no income to show other than salaries. And, the continuous changes in the income-tax returns form, often, makes the filing process more complicated. One has to be extremely careful about filling the various boxes in the Income Tax Return (ITR) form and ensure that it matches the details mentioned in the income certificates. And, with filing possible only online, there is no scope for any error, or else you can expect a notice from the income tax department.

This year might be a challenge for those who earn more than Rs 50 lakh. In addition to details of salary and various exemptions, these individuals also have to disclose the value of the non-financial assets they own. This value has to be the cost or acquisition value. The disclosures include particulars of assets like land, buildings, cash in hand, jewellery, bullion, aircraft, yachts and boats.

Another change this year is that individual taxpayers also need to report the details of the pass-through income received from business trusts or/and investment funds.

The intention behind the disclosure of assets is not to know the income per se, but to know if people have assets that are disproportionate to their income. Details of income, the tax deducted and your financial investments are already available with the tax department since these are linked to the Permanent Account Number (PAN). But the government now wants to know the value of your non-financial assets to rule out cases of disproportionate income. “The government wants to know how you have acquired an asset,” says Amit Maheshwari, partner, Ashok Maheshwary & Associates, chartered accountants.

Individuals are likely to face a challenge in determining cost of gifted assets (such as jewellery), inherited assets and for assets purchased several years earlier where records have not been retained, points out Tapati Ghose, partner, Deloitte Haskins & Sells.

“A threshold limit for each category of asset for disclosure purposes would provide an administrative relief in case assets below a prescribed threshold are exempted from disclosure requirement. For instance, in the past, only cash value in excess of Rs 50,000 was required to be considered for wealth tax purposes,” Ghose adds.

It becomes even more challenging in case of ancestral property or gifts that you get through inheritance. How can you estimate the value of something that has been purchased years ago?

The instructions say that in case of inherited assets, the value in the hands of the previous owner can be mentioned. In case that is also not known, then what value needs to be reported should be clarified, says Kuldip Kumar, partner and leader -Personal Tax, PwC India.

“It can happen that you inherit jewellery from your parents, but they had inherited the same from their parents. In such a case, it will become difficult to ascertain the value of the jewellery. As an alternative, the taxpayer should be allowed to state the market value of the jewellery when the taxpayer became the owner of such jewellery, similar to how it is allowed in case of calculating capital gains,” Kumar adds.

If you have inherited the asset, then determination of the value would be difficult, according to Maheshwari . An alternative could be to show the value of the asset as ‘0’. In case of inheritance, as there is no tax, this alternative can definitely be exercised.

If the asset was purchased or acquired before 1981, you can value it according to the inflation index of 1981. If it is acquired after 1981, you can give an estimate or approximate value. Again the procedure used in calculating capital gains.

“The government’s primary motive is that people should not get away by non-disclosing. For instance, how can someone with an income of Rs 10 lakh, own property worth Rs 5 crore? The intent of the government is to come down heavily on the evaders. The message from the top seems to be that if you evade taxes, then you will be on our radar and can be called for scrutiny,” Maheshwari says.

Given the robust system of tracing financial transactions, the government’s fears of mis-reporting of assets may be a bit exaggerated, Kumar says. “The additional disclosure will only increase the obligation for existing high-income group tax-payers. Now such tax-payers will have to trace and/or maintain records of all assets they buy, like jewellery, etc. What is required instead is to widen the tax base,” he adds.

Another issue that requires clarification is how to avoid double disclosure of assets, points out Ghose. Currently, for residents and ordinarily residents, foreign assets have to be disclosed in a specific schedule. But in the newly introduced assets and liability schedule, if these foreign assets have to be disclosed again, it will lead to duplication in reporting. Hence, a clarification is required that the new schedule should cover only domestic assets and liabilities.

One positive consequence is that meeting the deadline of filing tax returns for financial year 2015-16 will be easier as the income tax department has already notified the various ITR forms. This will allow tax-payers to file returns from April, well in time before the July 31 deadline.