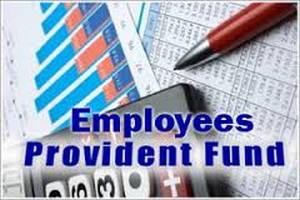 The government today has clarified that the popular public provident fund (PPF) scheme will continue to stay out of the tax ambit and that tax will be levied only on accrued interest on 60 percent of employee provident fund (EPF) contribution.

This was confirmed by Revenue Secretary Hasmukh Adhia who spoke to PTI, a day after the Union Budget set the cat among the pigeons when the Finance Minister vaguely referred to tax being referred to PF schemes. Further, small salaried employees with up to Rs 15,000/month income will be kept out of purview of proposed taxation of EPF, he said.

Following a public outcry, Minister of State for Finance told IBNLive that detailed guidelines will be issued shortly.

“In case of superannuation funds and recognized provident funds, including EPF, the norm of 40 percent of corpus to be tax free will apply in respect of corpus created out of contributions made after April 1, 2016,” Finance Minister Arun Jaitley had said in the Budget speech yesterday, noting that the aim was bring superannuation and provident funds in line with the National Pension Scheme’s tax structure.

So far, the PPF and EPF have enjoyed the exempt-exempt-exempt (EEE) status, implying no tax will be levied at the stages of investment, interest payout and withdrawal.

NPS, on the other hand, has been under the EET tax structure.

Experts believe that the differential tax structure has impaired NPS’ growth. The government has so far not clarified what the tax rate would be.