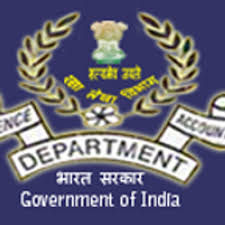 A committee was constituted under the chairmanship of Dr. G. D. Pungle, IDAS, PCDA (O) Pune, to review the existing system of SAS Examination. The Report of the Committee is appended as Annexure – ‘A’ to this circular. (The complete official circular along with Annexure – ‘A’ is available at the end of this post in pdf format for download).

OFFICE OF THE CONTROLLER GENERAL OF DEFENCE ACCOUNTS
CENTRE FOR TRAINING AND DEVELOPMENT (CENTRAD)
OPPOSITE ARMY BASE HOSPITAL, BRAR SQUARE, DELHI CANTT. – 110010.

1. The present SAS Rules have come into force with the approval of MoD(Fin) vide their ID No.26(1)/C/2007 dated 08.03.2007. Since then nature of audit and account in the department have undergone a paradigm shift from conventional regulatory audit to propriety audit with efficient utilization of information technology resources. The introduction of IT projects like SUGAM, TULIP, DOLPHIN, AASHRAYA etc. and updating of procurement manuals have led to transformation of the working environment of our offices and also necessitated us to be more vigilant and well acquainted with upcoming changes. In today’s era of Information Technology and percolation of IFA System to the lowest services formation, one of the primarily role of the department is as financial manager. Departmental candidates are promoted to the grade of Assistant Accounts Officer after passing of SAS Examination.

They being a first line supervisor are primarily responsible for efficient managing of the section and forms the cutting edge of the core functions of the department.

2. Keeping in view the changing requirements of skill sets at first supervisory level as well as various changes in the department during last decade including revision of Office Manuals, more focus on financial advice, implementation of various IT modules as well as issue of various government instructions, a need has been felt to review the existing system of SAS Examination. Accordingly, a committee was constituted under the chairmanship of Dr. G. D. Pungle, IDAS, PCDA (O) Pune. The Report of the Committee is appended as Annexure – ‘A’ to this circular. It has been decided that following issues needs to be deliberated by all Principal Controllers / Controllers and commented upon:

i) The present concept of screening the genuine candidates through Preliminary Test may be looked into and a candidate need not to pass preliminary examination more than once in his / her career.

ii) For increasing and expending domain knowledge in the functioning of the client organisation/ customers for enhancing and enriching the department work in Audit and IFA, training material for understanding the Defence Services /Organisation is to be prepared by liaison with the Services Training Institutes.

iii) At present a candidate is required to Secured 40% Marks in each paper and 45% in aggregate in SAS Part-I and SAS Part-II Examination. Further, in SAS Part-II Examination there are 02 qualifying papers of Office Communication (Paper-VIII) and Fundamentals of EDP (Paper-IX). In these qualifying papers, a candidate is to secure 40% Marks only and their marks are not accounted for in the aggregate. As drafting and computer skill is one the predominant areas in today’s working environment, which a supervisor is invariably required to excel, the qualifying papers may be considered to be a part of mainstream papers and their marks could be added to the aggregate.

iv) Learning, being a continuous process and is essential for the all – round development, a chapter regarding learning skill in paper of Office Communication may be introduced or feasibility of the same be explored.

v) Keeping in View the deficiency at AAO level, the Viability of conducting SAS Part-II examination more than once in a year into may be examined.

3. In View of the foregoing, it is enjoined upon all the Principal Controllers and Controllers to examine the recommendations of the Committee and offer their considerate View on restructuring of SAS Examination System by 27.01.2017. In case, it is observed that some other issues merits inclusion in the proposed syllabus and pattern of examination which will strengthen the examination system, the same may also be elucidated with full justification for further deliberation.