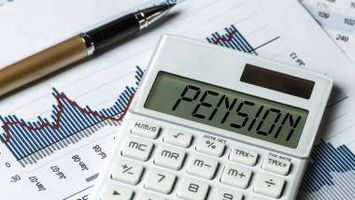 Fixation of Pension of Pre 2016 Pensioners as per item No.11 of Annexure to Gazette Notification for revision of Pension based on 7th Pay Commission Recommendations

All the Civilian personnel including CAPF who retired prior to 01.01.2016 (expected date of implementation of the Seventh CPC recommendations) shall first be fixed in the Pay Matrix being recommended by this Commission, on the basis of the Pay Band and Grade Pay at which they retired, at the minimum of the corresponding level in the matrix. This amount shall be raised, to arrive at the notional pay of the retiree, by adding the number of increments he /she had earned in that level while in service, at the rate of three percent. Fifty percent of the total amount so arrived at shall be the revised pension.

Decision of Govt with regard to 7th Pay Commission Pension fixation:

Both the options recommended by the 7th Central Pay Commission as regards pension revision be accepted subject to feasibility of the implementation.

Revision of pension using the second option based on fitment factor of 2.57 be implemented immediately.

The first option may be made applicable if its implementation is found feasible after examination by the Committee comprising Secretary (Pension) as Chairman and Member (Staff). Railway Board, Member (Staff), Department of Posts, Additional Secretary & Financial Adviser, Ministry of Home Affairs and Controller General of Accounts as Members.

How to use GConnect 7th Pay Commission Pension Calculator with arrears estimation?

3. Enter the Pension as per bank pass book for the month of May 2016 excluding Fixed Medical Allowance (FMA) if any (This is the pension amount with 125% DA minus monthly commutation amount and FMA if any. Do not deduct commutation on your own from this amount as the tool would calculate your basic pension based on commutation amount given by you)

4. Enter monthly commutation amount if any.

5. Select the number of increments received in pay scale at which the pensioner retired /deceased.

6. Select the month up to which the arrears of pension is to be calculated.

2. New DA from July 2016 is estimated to be 2%.  Since this DA will be announced only in Sep / Oct 2016, for the purpose of calculation of arrears this tool takes DA from July 2016 as 0% only.  It is expected that DA arrears for differential DA of 2% will be paid seperately

Disclaimer: Estimation of pension arrears by this online tool is on the basis of Interpretation of GConnect Team .  Readers are advised to verify the correctness of result  that this tool produces.  GConnect.in is not responsible for any wrong output.