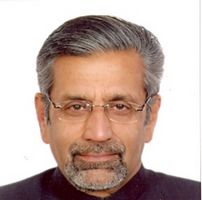 Contending prices of essential commodities are same for all, an NCM member today urged Centre to increase salary of its lowest paid employees by Rs 4,000 and reduce that of highest paid personnel by Rs 25,000 under 7th Pay Commission to see those earning less are not affected.

In his letter to Finance Minister Arun Jaitley, National Commission for Minorities member Praveen Davar said that the minimum pay of Rs 18,000 as recommended in the 7th Pay Commission is “not adequate”, while the maximum pay of Rs 2.5 lakh is “a little too much”.

Davar though said his opinions expressed in the letter, dated July 11, was all personal and did not represent any organisation or group of individuals.

“Prices of essential commodities are equal for everyone. But those paid lower are affected more than those drawing high salaries. It is my personal opinion that the minimum pay in the 7th Pay Commission of Rs 18,000 is not adequate.

However, the maximum pay of Rs 2.5 lakh is a little too much,” he argued. Stating that the ratio of the highest and lowest paid should be ideally 10:1, Davar said, “the minimum pay is increased to Rs 22,000 and the maximum pay is brought down to Rs 2.25 lakhs.Similar modifications can be made in the intermediately pay scales.”

The move, he said, will not only narrow the gap between highest and lowest paid, but also result in substantially reducing the financial burden on the exchequer.

Davar also criticised the decision to offer steep hike in salary of MLAs in Delhi assembly saying the move has set a “wrong” precedent.

“Why should be anyone paid far above his genuine needs?,” he asked.