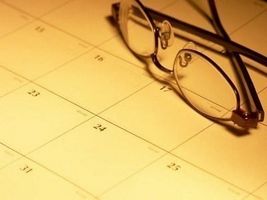 In   the   Government   Order   first   read   above,   orders   were   issued sanctioning the revised rate of Dearness Allowance to the State Government Pensioners / Family Pensioners as detailed below:-

5. While  arriving  at  the  revised  Dearness  Allowance,  fraction  of  a rupee  shall  be  rounded  off  to  the  next  higher  rupee  if  such fraction  is  50 paise and above and shall be ignored if it is less than 50 paise.  It will be the responsibility  of  the  Pension  Disbursing Authority  including  Public  Sector Banks to calculate the quantum of Dearness Allowance payable in each individual case.

7. This order will apply to the following categories of pensioners:-

(ii) The  State  Government  employees  who  had  drawn  lumpsum payment on absorption in Public Sector Undertaking / Autonomous Body / Local Body / Co-operative institution and have become entitled to restoration of 1/3rd commuted portion of pension as well as revision of the restored amount.

(iii) Present  and  future  family  pensioners;  In the  case  of divisible family pensioners, Dearness Allowance shall be divided proportionately.

(iv) Former   Travancore-Cochin   State   pensioners   drawing   their pension  on  1st   November,  1956  in  the  Treasuries  situated  in the areas transferred to Tamil Nadu State on that date, i.e. Kanniyakumari District and Shencottah taluk of Tirunelveli District.

(v) Pensioners who are in receipt of special pensions under Extra- ordinary Pension Rules, Tamil Nadu and Compassionate Allowance.

8. The expenditure  on Dearness  Allowance  payable  to the Pensioners and Family  Pensioners shall  be  debited to the  following Heads of Account respectively:

9. Orders regarding sanction of Dearness Allowance to the widows and children of the deceased Contributory Provident Fund / Non Pensionable Establishment  beneficiaries  of  State  Government  and the  former  District Board who are drawing ex-gratia will be issued separately.

10. The   increased   expenditure   due   to   the   sanction   of   Dearness Allowance in this order is allocable among the successor States as per the provisions laid down under the State Reorganization Act, 1956.