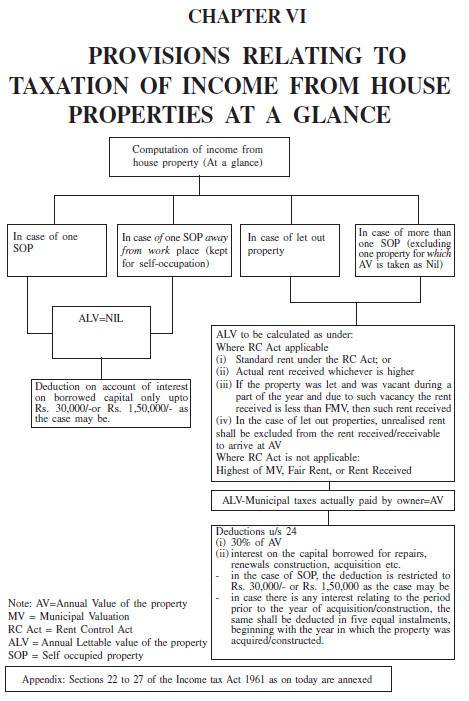 We have come across the following question from one of our readers recently regarding Interest paid on borrowed capital for house property (interest paid on housing loan) which is allowed as deduction under Section 24 of the Income Tax Act. The query carries a genuine concern as at no fault of the borrower, income tax concession applicable is denied. We thought of discussing this issue in this article so that Readers who could enlighten us further in this subject can give their views as comments to this article.

A residential flat was allotted to me, by CGEWHO in December-2006, for which construction was completed slowly(which is beyond our control as the CGEWHO is an autonomous body under central government) in June 2012 only. Payment made by bank loan in installments starting from December-2006, the recent installment being in October 2010. The house is proposed to be let out, shortly. Please state whether the clause “completion of construction within three years” for availing tax concessions for interest on housing loan and under 80C is calculated from the date of first installment or the date of final installment borrowed from the bank. I shall be much thankful if you can give details of IT concession which we can avail in this condition.

The specific question here is whether the specific conditions mentioned in Second Proviso to Section 24 of the Income Tax Act to the effect that the property acquisition or construction is to be completed within three years from the end of the financial year in which capital was borrowed, would restrict the interest allowed to be deducted to Rs.30,000/- in respect of property referred to in the question above on account of time lapsed between the date of borrowing and completion of house, which is found to be more than 3 years.

“24. Income chargeable under the head “Income from house property” shall be computed after making the following deductions, namely:—

(a)  a sum equal to thirty per cent of the annual value;

(b)  where the property has been acquired, constructed, repaired, renewed or reconstructed with borrowed capital, the amount of any interest payable on such capital:

Provided that in respect of property referred to in sub-section (2) of section 23, the amount of deduction shall not exceed thirty thousand rupees :

Provided further that where the property referred to in the first proviso is acquired or constructed with capital borrowed on or after the 1st day of April, 1999 and such acquisition or construction is completed 57[within three years from the end of the financial year in which capital was borrowed], the amount of deduction under this clause shall not exceed one lakh fifty thousand rupees.

(a)  is in the occupation of the owner for the purposes of his own residence; or

(b)  cannot actually be occupied by the owner by reason of the fact that owing to his employment, business or profession carried on at any other place, he has to reside at that other place in a building not belonging to him,

the annual value of such house or part of the house shall be taken to be nil.”

So, it appears that Interest deductible in respect of property referred to in the question above can not be restricted to Rs.30,000 on account of delay of more than three years for completion of house, since the property is to be let out.

Further in this context, Income Tax department has come up with a set of guidelines published in the hand book namely “Tax Payers Information Series-17-Assessment of Income from House Property”. (Download this hand book by clicking this link) The relevant portion from the same is as follows.

It is very clear from the above chart provided by Income tax department that restriction of deduction of interest on borrowed capital only up to Rs.30,000 or Rs.1,50,000 as the case may be is applicable only to Self Occupied Property or property for which annual value (Rent) declared is Nil.