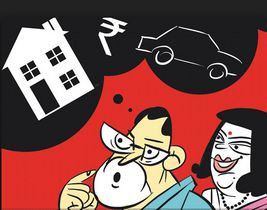 Railway Board has extended the last date for submission of declarations of assets and liabilities by the Railway Servant up to 31.07.2016.

Ministry of Railways has issued a Circular extending the last date for submission of declarations of assets and liabilities up to 31st July 2016.

Sub: The Lokpal and Lokayuktas Act, 2013 – Submission of declarations of assets and liabilities by the Railway Servant

2.  In the view of the aforesaid, all Gr. ‘B’  (Non-gazetted) and Gr. ‘C’ employees, including ex-cadre staff working in Railway Board office  are      directed to submit the desired return within the deadline i.e.31.07.2016 in the prescribed proforma available on the REIS home page at http://reis.railnet.gov.in. A hard copy duly signed may also be submitted to ERB-III (ERB-V in respect of MTS).

3.       The Section Officers/Incharge may please direct the MTS working under them to file the return in time.