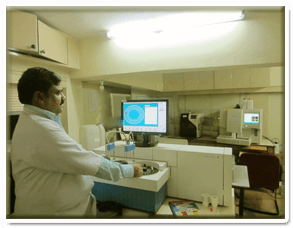 All India Institute of Medical Sciences announced revision of Cadre and Pay Structures for Laboratory Staff in  AIIMS which has been approved by Standing Finance Committee / President.

ALL INDIA INSTITUTE OF MEDICAL SCIENCES

Subject : – Revision of Cadre and pay structure of Laboratory at AIIMS.

The undersigned is directed to convey the approval/ sanction of the Standing Finance Committee / President, AIIMS being the Chairman Governing Body for revision of Cadre and pay structure of Laboratory at AIIMS, New Delhi in terms of Government of India, Ministry of Health and Family Welfare (AHS Division) QM. No. F.No. A-28020/11/2008-PMS (Part-I) dated 17th July, 2015 as under:-

CLICK THE LINK GIVEN BELOW TO VIEW THE TABLE

1. Order of Revised RRs will be issued separately.

2. The existing Medical Laboratory staff at level 2, 3 & 4 may be considered for promotion on basis of length of service based on DoP&T Guidelines to be notified in Recruitment Rules.

3. Mere upgradation of pay scales and nomenclature will not entail change in the nature of duty being performed or supposed to be performed by the incumbent. It is made clear that all personnel in the cadre of laboratory are required to perform all the tasks assigned to them by the HOD / Faculty-in-Charge of the respective Laboratory.