CPWD circular on Pay fixation of officials in terms of Illustration 4A of CCS(RP)Rules, 2008 in cases where posts have been upgraded 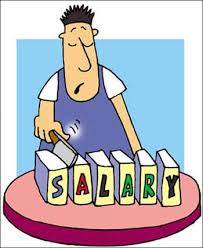 Sub: Reg. – Pay fixation of officials in terms of Illustration 4A of CCS(RP)Rules, 2008 in cases where posts have been upgraded.

I am directed to refer to the above captioned subject and to say that it has been observed that, in some offices of CPWD, the pay fixation of Office Superintendents (erstwhile Head Clerk) on their promotion from the grade of UDC, during the period of 01.01.2006 to 31.08.2008, were made in the upgraded Pay Scale of Rs. 6500-10500 by multiplying Rs. 6500×1.86, instead of multiplying 1.86 with their existing pay at the time of their promotion as OS.

2. It is, therefore, requested to all concerned Controlling Offices to rectify such pay fixation, if made, in respect of any officials. All Controlling Officers are directed to strictly follow Illustration 4A of CCS (RP) Rules, 2008 (copy enclosed) for pay fixation in case of upgradation of pay scale in respect of officials working under their jurisdiction. It is also directed that no recovery of over payments shall be made, if, such direction has been made by any Tribunal/Courts.

3. This issues with the approval of Director (Admn.)-II.