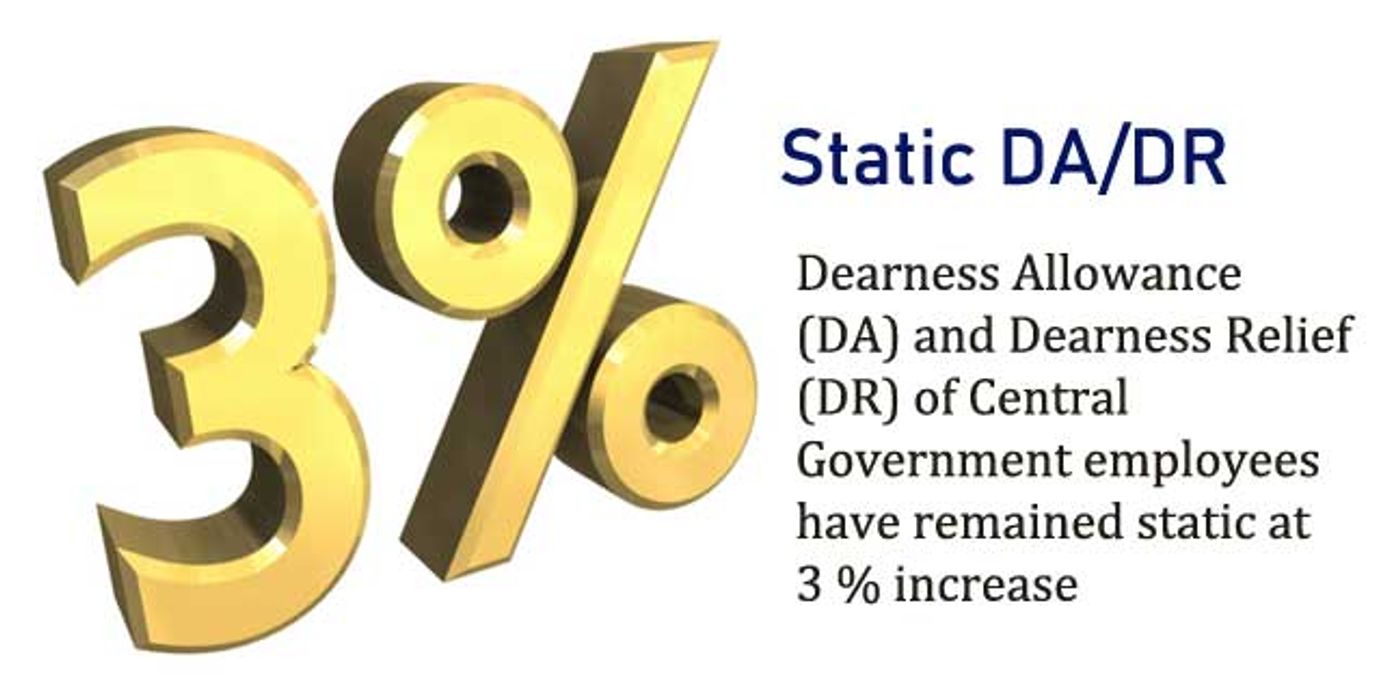 Static Dearness Allowance and Dearness Relief – What are the reasons that DA and DR of CG employees have remained static at 3 per cent increase: Rajya Sabha QA

Government of India
Ministry of Finance
Department of Expenditure

1477:: Shri Naranbhai J. Rathwa:
Will the Minister of Finance be pleased to state:

(a) whether ii is a fact that India’s retail inflation including food inflation is increasing for the past one year;

(b) If so, what are the reasons that Dearness Allowance (DA) and Dearness Relief (DR) of Central Government employees have remained static at 3 per cent increase;

(c) whether the inflation rate of last two quarters of 2021 have shown increase in prices of various commodities; and

(d) if so, whether Government would consider giving DA/DR in accordance with the prices and would not maintain DA/DR al static 3 per cent?

Minister of State in the Ministry of Finance (Shri Pankaj Chaudhary)

(a) Yes Sir, details of retail inflation rate and food inflation are given in Annexure-I ;

(b) Dearness Allowance(DA) and Dearness Relief (DR), to Central Government employees and pensioners respectively, is calculated on the basis of rate of inflation as per All India Consumer Price Index for Industrial Workers (AICPl-IW), released by Labour Bureau, M/o of Labour and Employment;

(c) The information in respect of retail inflation rate for last two quarters of 2021 is: