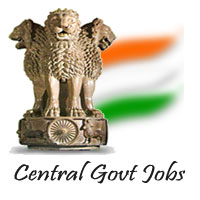 Seniority in Government Services is an important factor in terms of promotion to higher posts. Recently, DOPT has issued a comprehensive Clarifications on various issues un-answered so far, in the form of Frequently Asked Questions.

1. From which date the various provisions of consolidated instructions on seniority applicable?

Unless specifically, otherwise provided against each instruction, the said instructions are effective from the date of the relevant O.M. by which they were issued, prospectively.

The instructions on seniority issued vide DOP&T’s O.M.No.20011/1/2008-Estt.(D) dated 11.11.2010 are applicable in determination of seniority of the Government servants in Central Civil Services and Civil Posts except such Services and Posts for which separate principles have already been issued or may be issued by the Government.

3. Whether the instructions on seniority issued by DOP&T are applicable to PSUs/Autonomous Bodies/Banks etc.?

No. The seniority of the officers working in PSUs/autonomous bodies/ organisations /banks are governed by regulations/instructions issued by concerned Administrative Department/ PSUs/banks etc.

4. How the seniority of all direct recruits is determined?

5. Whether the seniority of direct recruits is determined by the date of confirmation?

No. The relative seniority of direct recruits that used to be determined earlier according to date of confirmation and not original order of merit (in cases where confirmation was in an order different from order of merit indicated at the time of their appointment) has been discontinued with effect from 4.11.1992. O.M. No. 20011/5/90-Estt. (D) dated 04.11.1992

6. How will the inter-se seniority be fixed if a direct recruit officer joins late ?

7. How seniority of candidates of two different panels is determined, in case both the panels are received on the same date?

The seniority of candidates of two different panels received on the same date is determined by the following procedure: (i) Chronology of recommendation letter; (ii) Where the date of recommendation letter is same, chronology of Interview Board reports and (iii) Where both (i) and (ii) are also same, then the chronology of requisition made by the respective Ministries/Departments. O.M. No. 20011/1/2008-Estt.(D) dated 11.11.2010

8. How seniority of candidates is determined in case two results of recruitment through examination are announced for selection to same grade or post within the same year?

9. How the seniority of the promotee officer is determined?

The inter-se seniority of a officer promoted on the basis of the recommendation of a DPC either by selection or non-selection method as per due procedure, shall be determined as in the feeder grade from which they are promoted. O.M. No. 20011/1/2008-Estt.(D) dated 11.11.2010

10. How seniority of a promotee officer is determined in cases where more than one feeder grade is prescribed for promotion to the higher grade and specific quotas are given?

In such cases, the officer in each grade assess a fit by the Departmental Promotion Committee shall be interpolated in the ratio prescribed in each grade in the Recruitment Rules for the post, for the purpose of determination of seniority(principle of rota quota).

11. Is a SC/ST Government servant promoted by virtue of rule of reservation entitled to consequential seniority?

12. Can a General/OBC category Government servant promoted through a later DPC regain his seniority of the feeder grade on promotion to higher grade?

No. A General/OBC category officer promoted through a later DPC will be placed junior to the SC/ST category Government servant promoted through earlier DPC even though by virtue of rule of reservation. O.M. No. 22011/1/2001-Estt.(D) 21.01.2002

There is no co-relation between seniority in a grade and the reservation roster for the said grade. Seniority of an officer is determined as per order of merit given by UPSC or selecting authority or panel of promotion given by DPC. A reservation roster/points are meant only for identifying the vacancy that goes to a particular category of officer.

14. How the relative seniority of direct recruit and promotee is determined?

15. How year of availability in regard to determination of relative seniority of direct recruits and promotee is d5termined?

The year of availability, both in case of direct recruit as well as promotee, for the purpose of rotation and fixation of seniority is actual date of appointment after declaration of result/selection and completion of pre-recruitment formalities, as prescribed. The year of availability is a vacancy year in which a candidate of a particular batch of selected direct recruitment or an officer of a particular batch of promotee joins the post/service. O.M. No. 22011/1/2006-Estt.(D) dated 03.03.2008

16. Is a candidate appointed against the carry forward vacancy of earlier recruitment year, allow the seniority of the year in which the vacancy arose?

17. What is the starting point in the recruitment roster for the purpose of inter-se seniority of officers through direct recruitment, promotion, absorption etc.

The starting point in the recruitment roster for the purpose of inter-se seniority of officers through direct recruitment, promotion, absorption etc. will be as per provisions contained DOP&T’s O.M.No.28011/6/76- Estt.(D) dated 24th June, 1978.

The seniority of an Officer absorbed after being on deputation or absorbed directly without being on deputation, If he has been holding already (on the date of absorption) the same or equivalent grade on regular basis in his parent department, is determined from the date he has been holding the post on deputation or the date from which he has been appointed on a regular basis to the same or equivalent grade in his parent department whichever is earlier. The fixation of seniority in aforesaid manner, however, will not effect any regular promotion to the next higher grade made prior to the date of such absorption. O.M. No. 22011/1/2000-Estt.(D) Dated 27.03.2001

19. How seniority of two or more surplus employees of a particular grade in an office determined in the event of their simultaneous selection for re-deployment in another office?

20. How seniority of a reemployed officer determined?

For determination of seniority of re-employed officer is treated as direct recruit. Where Recruitment Rules of the post against which appointment is being made prescribed re-employment as a distinct mode of recruitment .then The inter-se seniority of persons so re-employed shall be determined in accordance with order of selection. The relative seniority of persons so re-employed in relation to direct recruits and promotees shall be determined: Where the Recruitment Rules prescribes specific quota for each of the categories (direct recruitment, promotion and reemployment) then seniority is determined on the basis of rotation of vacancies based on the said quota. In other cases, on the basis of chronology of selection. O.M. No. 20011/3/80-Estt(D) Dated 16.06.1980

21. How the seniority of a meritorious sports person appointed in relaxation of Recruitment Rules determined?

Where sportsmen are recruited through the Employment Exchange or by direct advertisement and are considered along with other general category candidates, they may be assigned seniority in the order in which they are placed in the panel for selection. Where recruitment to a post is through a selection made by the Staff Selection Commission, whether by the competitive examination or otherwise, the sportsmen recruited in the department themselves should be placed en bloc junior to those who have already been recommended by the Staff Selection Commission. The inter se-seniority of sportsmen will be in the order of selection. O.M.No.14015/1/76-Estt.(D) dated 4.8.1980

22. How the seniority of a person appointed on compassionate grounds is determined?

A person appointed on compassionate ground in a particular year is placed at the bottom of all the candidates recruited/appointed through direct recruitment, promotion etc. in that year, irrespective of date of joining of candidate on compassionate appointment. O.M. No. 20011/1/2008-Estt.(D) dated 11.11.2010

23. How seniority of persons selected for appointment to different posts in the same grade requiring different qualification determined?

The seniority of persons selected for appointment to different posts in the same grade requiring different qualifications is determined as per provisions of para 4.9 of O.M. No. 20011/1/2008-Estt.(D) dated 11.11.2010

Other important articles in this Topic : Consolidated instructions on Seniority of Direct Recruits and Promotees