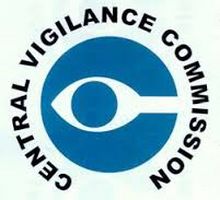 No action to be taken on anonymous complaints by Ministries / Departments / Organisations in line  with its  earlier instructions  dated 29th June, 1999 and 31st   January,   2002

Central Vigilance Commission has issued a Circular on action to be taken on anonymous / pseudonymous   complaints.

The Commission   had vide its circular Nos.  3(v)/99/2 dated 29th June,  1999 and of even number dated 31st   January,  2002 prescribed that no action should be taken on any anonymous  or pseudonymous  complaints.    However,   an enabling  provision was  made subsequently,  vide circular of even number dated 11th October,  2002,  that if any, verifiable facts contained in such complaints  are proposed to be looked into, prior concurrence of the Commission is required to be taken by the departments / organizations.

2.  The Commission has reviewed  the  matter and considering all aspects, would prescribe  that no action should  be taken on anonymous/pseudonymous complaints by Ministries/Departments/Organisations in line  with its  earlier instructions  dated 29th June, 1999 and 31st   January,   2002 and such complaints should be filed.    Commission’s   circular of even number dated 11th October,  2002 stands withdrawn with immediate effect. Accordingly, Para  3.8.1 of  Chapter  -III  of Vigilance  Manual  (Volume-I  –  Sixth  Edition, 2004) would stand modified to that extent.