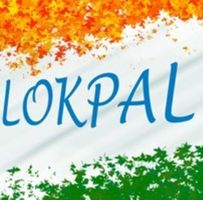 All Central Government Employees including Group C Employees is presently under obligation to declaration of Assets and Liabilities of self, spouse and children under Lokpal and Lokayuktas Act on or before 31st July 2016.

Also Read: Declaration of Assets under Lokpal Act – Last Date may be extended

In this background, On 27th July 2016, Govt has successfully passed the amendment to Section 44 of Lokpal and Lokayuktas Act in Lok Sabha, in order to extend the last date for filing dclaration of Assets and Liabilities by Central Government Employees indefinitely. It is expected that this amendment to Lokpal bill will also be passed in Rajya Sabha soon.

In the mean time, it is widely expected that Govt may extend the last date for filing lokpal return to be filed by Central Government Emloyees

In this regard Economic Timees reports as follows

The deadline for public servants to declare assets and liabilities under Lokpal has been indef initely extended after the Lok Sabha passed an amendment to Section 44 of the Lokpal Act on Wednesday.

Who all would need to declare assets and when would be clear after the amended bill is passed by both Houses of Parliament. The government has also promised that the provisions will be examined in detail by the Standing Committee of Parliament.

The Centre had last month taken action to operationalise the Lokpal law, following which a public servant, spouse and dependent children were to furnish details of assets and liabilities by July 31. The amendment passed in the Lok Sabha on Wednesday said the “form and manner” of declaration of assets by public servants will be prescribed, indefinitely extending the July 31 deadline.

Minister of State for Personnel and Training Jitendra Singh said the government was “open to the idea of amending the Act but the same could be done only after it is considered by the Standing Committee of Parliament”. The government has appealed to the committee to give a report before the winter session of Parliament. In a report last December, the standing committee had said the asset details should not be made public and Lokpal must keep the same in fiduciary capacity. The committee had also proposed exempting family members of a public servant from declaring assets acquired on their own or from sources independent of the public servant.

The amendment to the law was made after senior politicians across the aisle took the case to PM Modi on July 25, following a notification asking members of governmentfunded trusts and NGOs to declare their assets — as they were treated as ‘public servants’ under Lokpal Act, 2013 — for receiving funds directly or indirectly from the government. ET was the first to report about the Centre’s plans of amending the Lokpal Act, following mass resignation of trustees of NGOs.

A senior functionary described the amendment bill “as an arrangement to buy time” for a comprehensive Lokpal amendment bill. “There’s no question of diluting the spirit of lokpal,” he said. The Centre may ultimately exempt a public servant from getting his family members to declare their assets — as it violates Article 21 of the Constitution, the official said. “The details of the public servant’s assets could not be made public so as to avoid the possibility of extortion or harassment. This is  what standing committee had also proposed,” the official said.