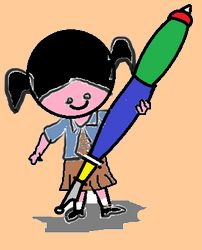 Department of Personnel and Training, Establishment (Allowance) Section has released a set of FAQs (Frequently Answered Questions) and replies for the same relating to Children Education Allowance payable to Central Government Employees as reimbursement for educational expenses incurred for two children. Also DOPT has issued various clarifications regarding this allowance from time to time.

We have compiled those Queries and Answers for convenience of readers.

As per OM No. 12011/03/2008- Estt.(AL) dated 11 .11.2008, Children Education Allowance would be admissible for more than two children in case the number of children exceeds two as a result of the second child birth resulting in twins or multiple birth. This implies that the CEA will be admissible only in the cases of two eldest surviving children and CEA for third or subsequent child will only be permissible if there is a case of multiple birth at the time of second child birth. Further, reimbursement of CEA for the 3rd child is admissible in case of failure of sterilization operation.

As per OM No.12011/03/2008-Estt (AL) dated 2.9.2008, tuition fee, admission fee, laboratory fee, special fee charged for agriculture, electronics, music or any other subject, fee charged for practical work, fee paid for the use of any aid or appliances by the child, library fee, games/sports fee and fee for extra-curricular activities are reimbursable subject to the condition that the aforementioned fee are charged by the school directly from the student. Besides, reimbursement for purchase of one set of text books and notebooks, two sets of uniforms prescribed by the school in which the child is studying, one pair of shoes, in an academic year are reimbursable. Uniform include all items of clothing prescribed for a day, as uniform by the school, irrespective of colours/winter/summer/PT uniforms.

Hostel Subsidy is reimbursable to all Central Govt, employees for keeping their ward in the Hostel of a residential school away from the station in which the employee is posted or residing irrespective of any transfer liability.

A Govt. servant is allowed to get 50% of the total amount subject to the overall annual ceiling in the first quarter and the remaining amount in third and or fourth quarter. Front-loading of the entire amount in the first and second quarters is not allowed.

The school/Institution has to be recognized by the Central or State Government or U’T administration or by University or a recognized educational authority having jurisdiction over the area where the institution is situated.

The CEA is payable for the children of all Central Government employees including citizens of Nepal and Bhutan, who are employees of Government of India, and whose children are studying abroad. However, a certificate may be obtained from the Indian Mission abroad that the school is recognized by the educational authority having jurisdiction over the area where the institution is situated.

CEA/hostel subsidy shall be admissible till the end of the academic year in which the Government Servant ceases to be in service due to retirement, discharge, dismissal or removal from service in the course of an academic year. The payment shall be made by the office in which the Government Servant worked prior to these events and will be regulated by the other conditions laid down under CEA Scheme.

If a Government servant dies while in service the children education allowance or hostel subsidy shall be admissible in respect of his/her children subject to observance of other conditions for its grant provided the wife/husband of the deceased is not employed in service of the Central Government, State Government, Autonomous body, PSU, Semi government organization such Municipality, Port Trust authority or any other organization partly or fully funded by the Central government/State governments.  In such cases the CEA/Hostel Subsidy shall be payable to the Children till such time the employee would have actually received the same, subject to the condition that other terms and conditions are fulfilled. The payment shall be made by the office in which the Government Servant was working prior to his death and will be regulated by the other conditions laid down under CEA Scheme.

The upper age limit for disabled children has been set at the age of 22 years. In the case of other children the age limit will be 20 years or till the time of passing 12th class which ever is earlier. Cases where reimbursement have been already made in respect of children above this age may not be reopened.

It has also been decided that CEA may henceforth be allowed in case of children studying through “Correspondence or Distance Learning” subject to other condition prescribed.

“One set of shoes” would mean one pair of shoes.

No. It is clarified that the term ‘fee’ contained in the para 1(e) of the OM dated 2.9.2008 would mean the fee charged by the School directly from the student.