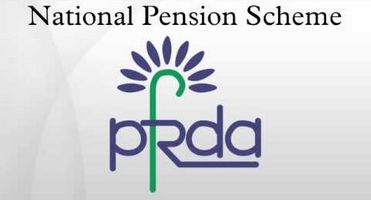 F. No. 1/3/2016-PR.—In partial modification of para 1(i) of Ministry of Finance’s Gazette Notification No. 5/7/2003-ECB-PR dated 22nd December, 2003, based on the Government’s decision on 6th December, 2018 on the recommendations of a Committee set up to suggest measures for streamlining the implementation of National Pension System (NPS), the Central Government makes the following amendments in the said notification, namely :-

(2) The following provisions shall be inserted after para 1(v) of the said notification, namely:-

CHOICE OF PENSION FUND AND INVESTMENT PATTERN IN TIER-I OF NPS AS UNDER:

(vi) Choice of Pension Fund: As in the case of subscribers in the private sector, the Government subscribers may also be allowed to choose any one of the pension funds including Private sector pension funds. They could change their option once in a year. However, the current provision of combination of the Public-Sector Pension Funds will be available as the default option for both existing as well as new Government subscribers.

(vii) Choice of Investment pattern: The following options for investment choices may be offered to Government employees: –

(a) The existing scheme in which funds are allocated by the PFRDA among the three Public Sector Undertaking fund managers based on their past performance in accordance with the guidelines of PFRDA for Government employees may continue as default scheme for both existing and new subscribers.

(b) Government employees who prefer a fixed return with minimum amount of risk may be given an option to invest 100% of the funds in Government securities (Scheme G).

(c) Government employees who prefer higher returns may be given the options of the following two Life Cycle based schemes.

(A) Conservative Life Cycle Fund with maximum exposure to equity capped at 25% – LC-25.

(B) Moderate Life Cycle Fund with maximum exposure to equity capped at 50% – LC-50.

(viii) Implementation of choices to the legacy corpus: Transfer of a huge legacy corpus of more than Rs. 1 lakh crore in respect of the Government sector subscribers from the existing Pension Fund Managers is likely to impact the market. It may be practically difficult for the PFRDA to allow Government subscribers to change the Pension Funds or investment pattern in respect of the accumulated corpus,in one go. Therefore, for the present,change in the Pension Funds or investment pattern may be allowed in respect of incremental flows only.

(ix) Transfer of legacy corpus in a reasonable time frame: PFRDA may draw up a scheme for transfer of accumulated corpus as per new choices of Government subscribers in a reasonable time frame of say five years. Once PFRDA draws up this scheme, change in the Pension Funds or investment pattern may be allowed in respect of the accumulated corpus in accordance with that scheme.

COMPENSATION FOR NON-DEPOSIT OR DELAYED DEPOSIT OF CONTRIBUTIONS DURING 2004-2012:

(x) In all cases, where the NPS contributions were deducted from the salary of the Government employee but the amount was not remitted to CRA system or was remitted late, the amount may be credited to the NPS account of the employee along with interest for the period from the date on which the deductions were made till the date the amount was credited to the NPS account of the employee, as per the rates applicable to GPF from time to time, compounded annually.

(xi) In all cases where the NPS contributions were not deducted from the salary of the Government employee for any period during 2004-2012, the employee may be given an option to deposit the amount of employee contribution now. In case he opts to deposit the contributions now, the amount may be deposited in one lump sum or in monthly installments. The amount of installment may be deducted from the salary of the Government employee and deposited in his NPS account. The same may qualify for tax concessions under the Income Tax Act as applicable to the mandatory contributions of the employee.

The above provisions shall come into force with effect from 1st April, 2019.