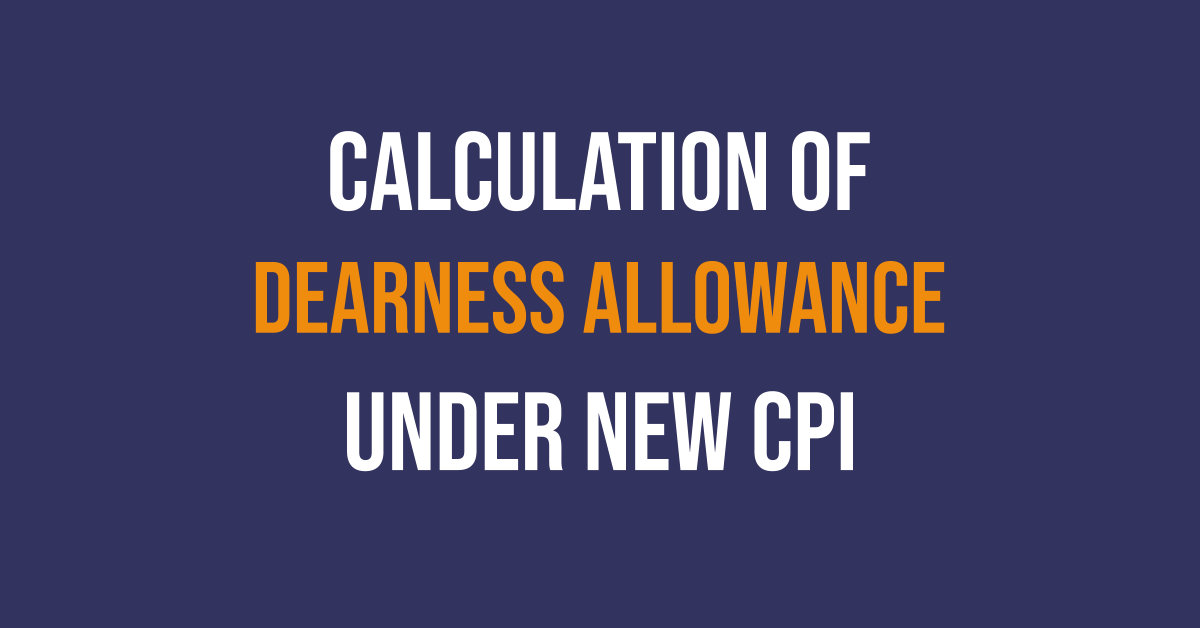 Calculation of DA under the new CPI

DA for central government employees started from 0% with effect from 1st Jan 2016 by merging DA with basic pay.​

With the introduction of new series, a linking factor will be required to bridge old series of CPI and new consumer price index for calculating DA for Central Government Employees and pensioners.

As per Govt’s press release, the maiden index on new base for September, 2020 stands at the level of 118.1 and linking factor for the conversion of new series index to previous series on base 2001=100 is 2.88.

Considering the above factors GConnect has now come up with a new DA Calculator.