7th Pay Commission has recommended that Defence Medical Doctors will be entitled to NPA of 20% calculated on 7CPC Basic Pay. Presently NPA is paid at the rate of 25% of Basic Pay.

NPA and MSP is not a pay for the purpose of HRA:

7th Pay Commission has observed that NPA and MST should not be taken in to account while calculating HRA. Presently, for the purpose of arriving at HRA, NPA and MSP are added with Basic Pay.
We have 7th Pay Commission Report in black and white now. The Commission has done away with the Pay Band – Grade Pay System for various reasons. A new Pay Matrix system introduced by the commission contains as many as 18 horizontal levels to take care of fixation of pay on MACP or Promotion. The vertical range for each of these 18 levels is meant for fixation of pay by providing annual increment. Taking all these aspects in to account GConnect has come up with 7th Pay Commission Pay and Allowances Calculator to determine 7th Pay Commission Pay, HRA and TA of Central Government Civilian Employees. 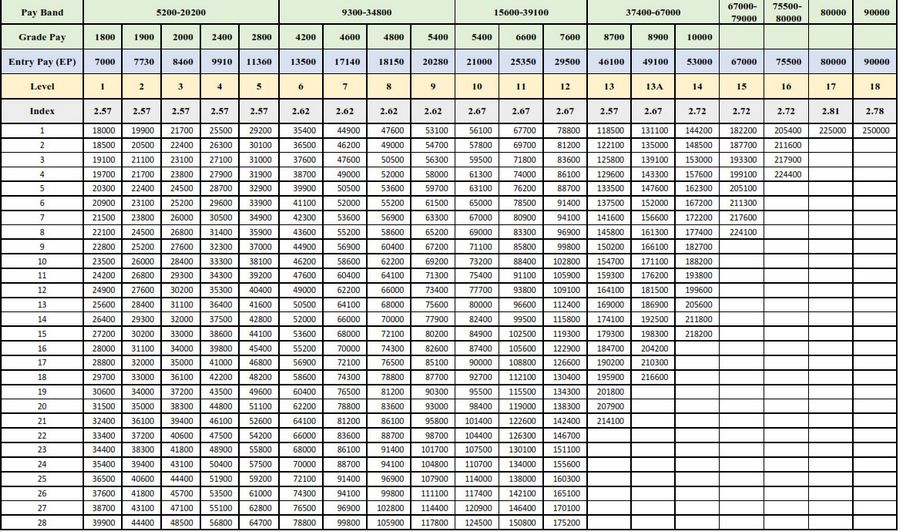 Step 1: Identify Basic Pay (Pay in the pay band plus Grade Pay) drawn by an employee as on the date of implementation. This figure is ‘A’.

4. Select the city in which you are posted for determining New TA

5. Click Calculate Button. Now New 7CPC Pay and Salary Benefit out of 7CPC wil be displayed in the 7CPC pay and allowance Table.

6. Click Show Entry Form Button to get the 6CPC Pay entry form back in the screen for using the calculator again.

Http iframes are not shown in https pages in many major browsers. Please read this post for details.
We request Readers to share this article to your friends and colleagues using Facebook or Google+ share buttons given below.  This online tool will also be very useful to them in calculating their 7CPC pay and allowances