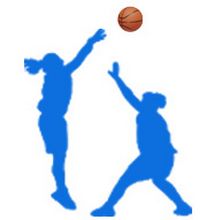 Ministry of Railways has issued Clarification/Corrigendum No.67 regarding Out-of-Turn Promotions (OTP) to outstanding Sportspersons and Coaches

All Zonal Railways including

Sub.: Out-of-Turn Promotions (OTP) to outstanding Sportspersons / Coaches for excellence in field of sport- Clarification regarding.

As per Board’s letter of even number dated 23.05.2013 (RBE No. 50/2013) under reference on the subject mentioned above, the power for granting second and subsequent out-of-turn promotion to next higher post in his/her cadre to the outstanding sportspersons, was delegated to General Managers. Vide Board’ letter No. 2013/E(Sports)/4(1)/1/Policy Clarifications dated 31.10.2013 (RBE No. 114/2013), it was clarified that sports event concluded on or after 23.05.2013 and which makes eligible to a sportsperson/ coach for out-of-turn promotion as per provisions of Board’s letter dated 23.05.2013, shall only be considered as per this policy letter. The other cases of out-of-turn promotion on sports account shall be dealt with as per the policy in vogue at the time of sports achievement.

2. It has now been decided that in supersession of Board’ letter dated 31.10.2013 ibid, second and subsequent out-of-turn promotion to next higher post in his/her cadre to the outstanding sportspersons for cases prior to 23.05.2013 will also be done under General Manager’s power. Further, the date of promotion for cases which were due (meeting with all eligibility norms) prior to 23.05.2015, may be granted promotion w.e.f. 23.05.2013.

These instructions issue with the approval of Board (MS).