Central Pension Accounting Office is in the final stages of developing a new single window system for speedy processing of Pension claims and an online pension status accessible by the pensioners. 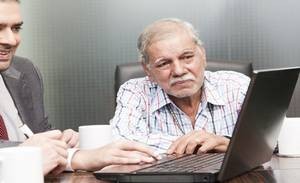 CPAO is in final stage of developing a single window service for Central Civil Pensioners providing them access to pension process status and all the required information about their Pension & revision details, also providing for Grievance Registration facility and its status to pensioners. This service also intends to track each pension case from the initial stage of preparation of list of all government servants who are due to retire within next twelve to fifteen months on quarterly basis and its submission to concerned Pay & Accounts Officer to the stage of first credit of Pension by the bank.

2. In this context, Rule 56 of CCS (Pension) Rules, 1972 provides that:-
(i) Every Head of Department shall have a list prepared every three months, that is, on the 1st January, 1st April, 1st July, 1st October each year, of all Government servants who are due to retire within the next twelve to fifteen months of that date.

4. All the PAOs must have these lists with them by now. Accordingly, all Pr. CCAs/CCAs/ CAs/AGs/Administrators of UTs are requested to ensure that the lists of all such government servants as on 1st April, 2016 are provided to CPAO latest by 3rd June, 2016 positively through PAO login provided on the CPAO’s website cpao.nic.in in the annexed format.

5. The facility of generating PPO Nos. through the list itself is also being developed by CPAO.