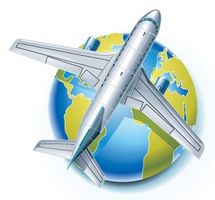 Travelling Allowance Rules – Implementation of the recommendations of the Sixth CPC – OM dated 08.06.2010

Sub: Travelling Allowance Rules- Implementation of the recommendations of the
Sixth CPC.

The undersigned is directed to refer to this Department’s OM of even number dated 23.09.08 on the subject cited above and to say that it has been brought to Government’s notice that the issue of this OM has led to lowering of the per km rates for transportation of personal effects by road on transfer in the case of A-I/A/B-1 class cities. The provision under para 4.C of the said OM has been reviewed and it has now been decided to replace the existing provisions contained in para 4.C of the said OM dated 23.09.08, with the following:

The rates for transporting the entitled weight by Steamer will be equal to the prevailing rates prescribed by such transport in ships operated by Shipping Corporation of India.”

* As per classification of cities for the purpose of admissibility of House Rent Allowance.