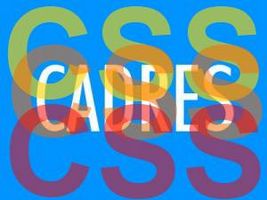 Subject: Stepping up of pay of senior Assistants of CSS drawing less pay on promotion in the Section Officers’ Grade than their juniors -regarding.

Representations have been received from some CSS officers in whose case re-fixation and recovery orders have been issued by concerned Ministries/Departments in pursuance to DOPT OM dated 20.05.2014, requesting withdrawal of the OMs referred above.

2. It is once again clarified that OM No.5/16/80-CS.I dated 13.4.1988 was issued on acceptance of award by Board of Arbitration in CA Reference No.7 of 1984 which allowed stepping up of pay of an Assistant of CSS, who is senior by virtue of having been recruited through an earlier examination but is drawing less pay on promotion in the Grade of Section Officer than his junior recruited through a later examination, up to a level equal to the pay of such junior Section Officer in the same cadre i.e. senior DR Assistant to junior DR Assistant of later exam on their promotion as Section Officer. Vide OM No.5/21/92-CS.I dated 23.2.1994 this benefit of stepping up was extended to Section Officers appointed through Limited Departmental Competitive Examination (LDCE) (again applicable to DR Assistants only). OM No.5/1/96-CS.I dated 8.10.1996 further extended this benefit in case of promotee Assistants and also to the cases where both junior and senior have been recruited on the basis of the same Select List Assistants Grade Examination, as the case may be in accordance with judgements of CAT in OA No. 365/90 (Shri K.C. Sehgal VS UOI and CA No. 869/91 (Shri L.K. Chawla VS UOI), which were upheld by the Hon’ble Supreme Court.

3. That there are general guidelines of stepping up of pay issued by the Ministry of Finance vide OM No.F.2(78)-E.III(A) dated 04 .02.1966 and this Department vide OM dated 04.11.1993. One of the conditions of the general guidelines for allowing stepping up of pay to a senior govt. servant with reference to a junior is that the senior should have drawn more pay than the junior in the lower grade also.

4. However, certain clarifications were issued by CS-I Division, DoPT in 2007 and 2008 to individual Ministries/Departments, on references received from them, which were at variance with the general conditions of stepping up of pay i.e. stepping up of pay was allowed even if junior was drawing more pay than the senior in the lower grade i.e. in Assistant/Grade. Therefore, vide OM dated 29.5.2009, the clarification issued in 2007 & 2008 were withdrawn and Ministries/Departments were advised to strictly allow stepping up enforcing conditions laid down in OM dated 8.10.1996. Departments were also informed vide OM dated 21.05.2010 that as the matter was still under consideration, status-quo, as on date, might be maintained in the matter of stepping up of pay of Section Officers of CSS till the matter attains finality. Eventually, the matter attained finality and a consolidated OM as vetted by the Estt..(Pay) Division of this Department and Department of Expenditure was issued on 20.05.2014.

6. As regards, OA No.2884/2015 and similar OAs filed in this regard, it is observed that only applicants in these cases have been granted interim stay by the Learned CAT. That the said OAs have been filed by the applicants in the individual capacity. Thus in all those cases where stepping up of pay has been allowed, but where the benefited individuals were not covered by the OMs dated 13.4.88, 23.2.94 and 8.10.96 and the general conditions of stepping up of pay as laid down in the DOP&T’s OM No. 4/7/92-Estt(Pay-1) dated 04.11.93, pay will have to be re-fixed and recovery of excess payment, if any, is to be made.

7. Therefore, vide reminder OM dated 27.12.16, the Ministries/Departments were requested to expedite the compliance reports as requested vide OM dated 20.05.2014 except in those cases where matter of recovery is subjudice/stayed by order of any competent court.

10. All the Ministries/Departments are thus again requested to furnish the compliance reports in the prescribed proforma, latest by 15th November 2017.

11. In view of above, the representations/OMS of following have no merit and are accordingly disposed off: