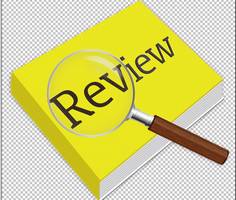 Department of Personnel & Training has introduced a new software viz SPARROW and request nomination from Departments/Ministries for execution. 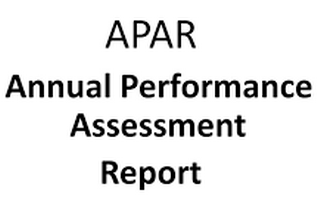 The undersigned is directed to refer to this Department’s OM. of even number dated 1st April, 2016 regarding steps to be taken for making online recording of APARs of CSS officers functional. All the Ministries/Departments were requested to nominate officers to perform the roles of (i) Custodian/Nodal Officer (ii) Alternative Custodian (iii) PAR Manager and (iv) EMD Manager. The information as per Annexure attached to the OM dated 01.04.2016 was required to be sent to NIC by email by 6th April, 2016.

2. It is observed that still a large no. of Ministries/Departments have not taken steps to intimate the names and other particulars of their Custodian and PAR Managers to NIC. It is requested that the same may please be done at the earliest.

3. In addition, details in respect of the individual officers are also to be provided to NIC in the attached proforma (Annexure). The information may be provided to NIC by 13th April, 2016 positively and a copy may be endorsed to the undersigned by email only at [email protected]

The undersigned is directed to refer to DO No.22/10/2015-CS.I(APAR) dated 25th February. 2016 from Smt. Archana Verma. Joint Secretary. Indicated in the said letter was a decision to introduce online recording of APAR for CSS officers. In the first phase. the software is to be made operational for Deputy Secretary and above level officers of CSS w.e.f. 1st April. 2016.

2. NIC has informed that the website enabling online filing of APAR for CSS officers has been made live and is accessible through https://sparrow-css.eoffice.gov.in.

(i) Custodian (Nodal Officer) : A person authorized to sign Section I of the APAR and overall responsible for complete APAR management in the Ministry/Department.

(ii) Custodian (Alternative Functionary) : A person who performs the role of Custodian in absence of primary Custodian.

(iii) PAR Manager : A person responsible for creating hierarchical workflow in the software for the purpose of recording of APARs of the officers working in that Ministry/Department.

4. In smaller Ministries. however. all the four roles may be distributed between two functionaries, namely. Primary Custodian and EMD Manager. However. in case of large Ministries, it is advised that the above mentioned roles should be assigned amongst four officers.

5. Ministries/Departments are requested to nominate officers to perform the roles as above and provide the information in respect of officers nominated in the enclosed proforma to the following persons of NIC at the given e-mail address:

6. This information may be provided to them by 6th April. 2016 without fail and a copy may be endorsed to Shri Chandra Shekhar. Under Secretary CS( S) by e-mail only at [email protected]

8. It is reiterated that all the nominated officers and user officers must have an NIC mail ID and DSC for using the software as has already been mentioned in the previous communications.

9. Training would be organized for the Nodal Officers as well as user officers after the role assignment is completed by NIC. The dates of training would be intimated separately.

10. A Help desk for assisting nodal officer and also users is being set up and particulars would be made available shortly.