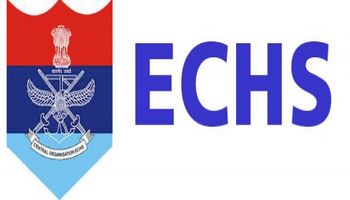 2. In order to institute a check mechanism for preventing unauthorised dependents above 18 years of age availing ECHS facility, the following is directed:-

(a) A self attested proforma as per format (Copy att) available for download in the download section of ECHS website shall be filled and rendered, wef 01 Mar 2017 by all beneficiaries who have dependent children above 18 yrs of age.

(b) The form will be self attested by primary beneficiary, dependent and the same shall be countersigned by the OIC of parent polyclinic.

(c) The validity of self attested proforma will be one year from the date of signature, on expiry of validity a fresh proforma shall be prepared.

(d) For availing treatment at empanelled hospitals, in addition to the ECHS Card, beneficiariy would need to furnish a self attested copy of this document to the hospital.

3. All Comd HQs(A). Instructions to this effect may pl be communicated to all polyclinics in your AOR.

4. Dir RCs. Directions to this effect are being passed to BPA so as to make this proforma a mandatory document for processing the Hospital’s bills. All Dir RCs are requested to sensitize empanelled hospitals towards this, as also all OIC Polyclinics to ensure that this document is uploaded along with all reimbursement claims of individuals.