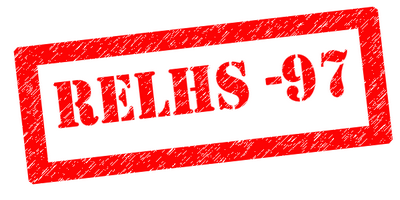 FELHS letter to Railway Health Services regarding  Simplification  of  procedure  for  treatment  at  private  hospitals  empanelled  under CGHS/CS (MA) Rules, 1944

i) a)  Quite  a  few  CGHS  Empanelled  Hospitals  are  still  not  Recognised  by  the Railways in spite of the orders for the same issued by the Railway Board vide OM dated 5-10-2015 cited above, due to the restrictive conditions laid down therein which need to be relaxed by the Railway Board; besides inadequate action by the Zonal Railway & Divisional authorities.

b) Some of the Railways are inviting Tenders for empanelment of Private Hospitals by the Railways – which were not envisaged in Board’s OM cited above.

ii) Ministry of Health & FW / DOH&FW has waived off the condition for Referral (permission) by a CGHS authorities for treatment at private hospitals empanelled under CGHS and the procedure has been simplified for the purpose vide DOH&FW OM dated 9-11-2017 cited above (Copy attached).

But the Railways have yet to adopt this practice for RELHS Optees.

2.  a)  These  discriminations  between  RELHS  Optees  and  CGHS  Beneficiaries  are causing much hardship and heartburning among the RELHS Optees besides, this being violative of law of natural justice.

b) Railway Pensioners, especially those residing in cities where there are no Zonal / Central or Divisional Hospitals of Railways, are put to great hardship for getting proper health care facilities and have to travel long distances for getting their case referred to the Government or empanelled hospitals for their treatment – which becomes torturous and time-

consuming. Inter-city Traveling itself is very expensive for old aged patients who have to be taken to the Divisional Hospitals by Taxi etc. to get a referral letter for the Government or empanelled hospitals; and for their attendants to get an approval of CMS (Authorised Medical Officer) for treatment in case of emergency in a a Government or empanelled hospital etc..

c) All this needs to simplified and rationalized by the Railways to make the health care system more “patient friendly” at least in the old age.

3. It is, therefore, requested that the following health care facilities be extended to the
RELHS Optees at par with CGHS Beneficiaries:

i)    a) All the CGHS empanelled hospitals may be recognised by the Railways also, with similar conditions as applicable to CGHS beneficiaries; and the conditions contained in Railway Board orders dated 5-10-2015 may please be revised and relaxed especially in cities where there are no Zonal / Central or Divisional Hospitals of the Railways.

b) Discontinue the scheme of calling separate tenders by the Zonal railways for the empanelment of private hospitals as it is bound to become very restrictive than the number of CGHS empanelled Hospitals; and uncalled for – since CGHS rates form the basis is for empanelment in either case.

ii) Simplification of procedure for treatment in Government and private hospitals empanelled under CGHS without any requirement of a referral (permission) letter from a Railway Doctor – as is now done for CGHS Beneficiaries vide MOH&FW DOH&FW letter dated 9-11-2017 cited above.

With reference to the above mentioned subject the undersigned is directed to state that this Ministry has been receiving representations for simplification of procedure for undergoing treatment at private hospitals empanelled under CGHS.  The matter has been examined and it has now been decided that CGHS beneficiaries are allowed to undergo treatment at private hospitals empanelled under CGHS of specific treatment procedures listed under CGHS rate list are advised by a Specialist in a Central Government / State Govt. Specialist hospital or a CGHS Medical Officer without any requirement of any other referral (permission) letter.

2.           Private empanelled hospitals shall perform the treatment on cashless basis in respect of pensioners, ex-MPs, Freedom Fighters, Regular employees {both CGHS and CS (MA) beneficiaries} of this Ministry & other categories of CGHS beneficiaries, who are presently eligible for credit facility and shall enclose the prescription issued by Government Specialist or a CGHS Medical Officer, in original (or a self-attested photocopy) along with the hospital bill submitted to the competent authorities.

3.           Serving  government  employees  shall  enclose  the  prescription  issued  by  a  Government Specialist or a CGHS Medical Officer in original (or a self-attested photocopy), while submitting the medical claim to the concerned Ministry /department/office for reimbursement.

4.           CGHS  Medical  Officer  /  Government  Specialist  shall  not  refer  the  beneficiaries  to  any particular empanelled hospital by name but, shall specify the treatment procedure and mention ‘referred to any CGHS empanelled centre’.

5.           These orders are applicable only in respect of treatment procedures for which CGHS rates are available.

Under Secretary to Government of India