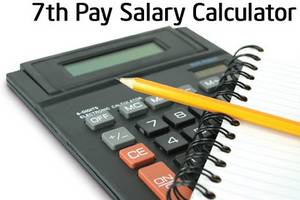 Update: 01.07.2016 – 7th Pay Commission report has been approved by Cabinet on 29th June 2016.  All the recommendations of 7th Pay Commission have been accepted as such by Govt with very few exception such as payment of increment in different dates in a year viz., 1st Jan and 1st July, revision of CGEGIS contribution etc.  It has also decided to defer the decision on revision allowances and a committee has been formed in this regard,

7th Pay Commission has done away with the Pay Band – Grade Pay System for various reasons. A new Pay Matrix system introduced by the commission contains as many as 18 horizontal levels to take care of fixation of pay on MACP or Promotion. The vertical range for each of these 18 levels is meant for fixation of pay by providing annual increment.

How to fix Pay of existing Employees in the 7th CPC Pay Matrix System ?

Step 1: Identify Basic Pay (Pay in the pay band plus Grade Pay) drawn by an employee as on the date of implementation. This figure is ‘A’.

1. Select present 6CPC Pay Band / Grade Pay to which you presently belong to

5. If you are eligible for Double TA (applicable to physically challenged employees) select the option Yes.

We request Readers to share this article to your friends and colleagues using Facebook or Google+ share buttons given below.  This online tool will be also be very useful to them in calculating their 7CPC pay and allowances