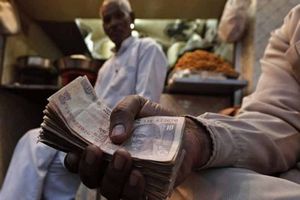 General Secretary AIPRPA has written a letter to Cabinet Secretary on implementation of 7th CPC recommendation in respect of choosing Option 1 for Pay Parity in Pension.

Subject:- Acceptance of Option Number 1 of the 7th CPC Recommendations on Parity of Pension of Pre-2016 Pensioners – regarding.

We are deeply shocked to learn through the Staff Side JCM that the Defense Ministry and the Department of Pension & Pensioners Welfare are objecting to the implementation of the recommendation made by the 7th CPC on offering an Option to notionally add the number of increments earned in the last pay scale before retirement for calculating the minimum pension to past pensioners. The objection of the Defense Ministry is shocking as it had recently consented to the grant of One Rank One Pension to its own Pensioners. The objection of the Pensioners Ministry that this recommendation is not feasible due to non-availability of service records of Pensioners is most unjustified.

The non-acceptance of this recommendation will cause a major financial loss to many Pre-2016 Pensioners. It should be borne in mind that the Fifth CPC while evolving the norm of modified parity had mentioned in its Report that further improvements could be brought about by future Pay Commissions. It is after 20 years that 7th CPC taking a step in this direction recommended consideration of number of increments earned in that level while in service. The recommendation cannot be set aside on the plea of non-availability of record.

The issue, therefore, needs reconsideration especially in view of the following points:

i) Service Records are protected documents and cannot be destroyed without specific orders of the competent authority; Even if the Service Records of some of the Pensioners were not available, the same can be reconstructed/recast as per prescribed procedures and as per directions of various courts issued from time to time in such cases.

ii) All the Past Pensioners cannot be made to suffer heavy financial loss due to some missing records – which can in any way be reconstructed as stated above.

iii) 5th & 6th Pay Commissions had recommended for grant of Modified Parity to past Pensioners. The orders were implemented on the basis of service records.

iv) Recommendations of the 7th CPC in Para 10.1.67 (option 1) for Parity of Pension of Past (Pre-2016) Pensioners were based on legal and Constitutional grounds.

It is, therefore, requested that the Government should reject the opinions of both the Defense Ministry and the DOP&PW as well as the Empowered Committee and approve the recommendation of 7th CPC regarding option Number 1 to grant Parity to Pre-2016 Pensioners.