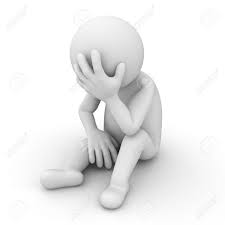 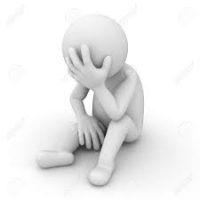 The meeting of the Empowered Group of Secretaries reviewing the 7th Pay Commission, to finalize the payout to the central government employees did not take place as scheduled earlier on Saturday.

The office of the Cabinet Secretary dealing with 7th Pay Commission’s recommendation confirmed that the meeting did not take place on Saturday. It did not reveal either when would the secretaries panel meet again to give the final shape to the salaries of central government employees.

“The meeting is expected to take place on Tuesday, June 14”, said V.P. Mishra, President, Indian Public Service Employment Federation. “When we met the Cabinet Secretary PK Sinha on June 3, he told us that we would be meeting on June 14”, added Mishra confirming that the 7th Pay Commission report is said to be finalised soon.

The AK Mathur led 7th pay panel report, which was released in November, had raised the minimum pay of central government employees to Rs 18,000 per month from currently drawn Rs 7,000, while the maximum pay recommended was Rs 2.5 lakh per month from Rs 90,000.

The employees unions decried the wage revisions suggested by the Commission as the “the lowest in the post independent history of the country”, and said a “meager rise of 14% alone was recommended by the Commission to be effective for a long period of ten years.”

The Empowered Committee of Secretaries, which was set up in January to review the 7th Pay Commission’s recommendations, is expected to meet on Tuesday and is expected to finally decide how the monthly package of central government employees will shape up.

“We have give our recommendations, and  the Cabinet Secretary told us that we are looking into these”, added Mishra.

“It (Empowered Committee of Secretaries) is a divided house, but good number of people agree that what we are saying has a point”, said KKN Kutty, President, Confederation of Central Government Employees & Workers.

The Confederation is demanding the minimum salary of Rs 26,000 per month. ” The Staff side had computed the minimum wage as on 1.1.2014 at Rs. 26,000, The rates were taken on the basis of the actual retail prices in the market as on 1.1.2014 (average prices of 8 Cities in the country) substantiated by the documentary evidence of Cash bill obtained from the concerned vendors. As on 1.12016, the minimum wage work out to Rs. 29339, rounded off to Rs. 30,000″, said the Confederation in its Charter of demand.

It has done everything possible to get the maximum payout under 7th Pay Commission. The Confederation has decided to go on strike from July 11, if its charter of demand are not met by the government, and has already given the strike notice to the Cabinet Secretary.

There are nearly 47 lakh employees and over 50 lakh pensioners in India on central government payrolls currently.

Internal meeting of group of secretaries which was scheduled to be held on 11.06.2016 has been cancelled. Meeting didn’t take place at all. Shri P.K. Sinha Cabinet Secretary is heading the committee of Group of Secretaries.

On the clarion call of the National Joint Council of Action (NJCA), against theretrograde recommendations of the VII CPC, 11-point Charter of demands of the Central Government employees as also non-settlement of long pending genuine demands of the Railwaymen, AIRF and its affiliates organized  huge demonstrations at all Zonal Headquarters of Indian Railways on 9 June 2016. On this occasion the employees of  Indian Railway participated in mass demonstrations with full enthusiasm with holding banners in  hand and  shouting  slogans for early redressal of their long pending genuine demands.

On the one hand AIRF and its affiliates are fighting for the cause of Railway employees and on the other hand rumour mongers are spreading false news through social media. Rumour mongers are coming out daily with different kind of news and pay scales about 7th Pay Commission. They have even declared that government would take a final call on 7th Pay Commission during internal meeting of group of secretaries on 11th of June, 2016.

We will update on the issue soon. Please don’t believe rumour mongers on What’sAPP, Facebook and other social media sources.

We request all comrades to not to believe such rumour mongers. These fellows have no benefits but to lighten the feelings of agitated working class. AIRF urge comrades to be prepared for Indefinite strike which is scheduled on 11, July 2016 at 06:00 AM.