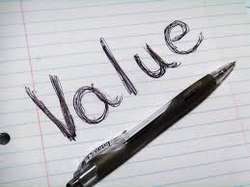 A top ranked employee in the private sector enjoys the benefit of increased income in the post liberalisation period. For the Government, annual increase in increment is just 3%, add DA 5%, that makes the annual revision of 8%, which definitely isn’t enough and lags far behind when compared with private sector.

The 7th Pay Commission is in the final stage and is expected to be tabled by 31st December 2015. Sources point out, the Centre is planning to implement the seventh pay commission’s recommendations from January, 2016.

The government constitutes the Pay Commission almost every 10 years to revise the pay scale of its employees and often these are adopted by states after some modifications. Critics question whether we need periodic Pay Commissions that hand out wage increases across the board. They want the workforce to be downsized. They would like pay increases to be linked to productivity. Critics are also of the view that we don’t need a Pay Commission every ten years because salaries in government are indexed to inflation.

A top ranked employee in the private sector enjoys the benefit of increased income in the post liberalisation period. However if we look at the benefits given to a Government employee, the annual increase in increment is just 3 percent. Adding dearness allowance increases of around 5 percent, that makes the annual revision of 8 percent, which definitely isn’t enough and lags far behind when compared with private sector.

Of course, a line should be drawn based on talents of an individual. A correct comparison should be done on the basis of cost to the organisation. We need to add the market value of perquisites to salaries and compare them with packages in the private sector. We cannot and should not aim for parity with the private sector. However, the Government should also understand, We may settle for a certain fraction of pay but that fraction must be applied periodically if the Government Offices / public sector is not to loose out in the competition for talent.

Its an accepted fact that pay scales at the lower levels of government are higher than those in the private sector. That’s logical, given the norm that the ratio of the minimum to maximum pay in government must be within an acceptable band. If you remember the Sixth Pay Commission set the ratio at 1:12.

Recently a medium-term expenditure framework was presented in Parliament, Which looks at an increase in pay of 16 per cent for 2016-17 consequent to the Seventh Pay Commission. That would amount to an increase of 0.8 per cent of GDP. This is a one-off impact. A more correct way to represent it would be to write off the initial cost over a period of time, say, five years. Then, the annual impact on wages would be 0.16 per cent of GDP.

If we take into consideration the medium-term fiscal policy statement presented along with the last budget, then we find that pensions in 2016-17 would remain at the same level as in 2015-16, namely, 0.7 per cent of GDP. Thus, the cumulative impact of any award is hardly something that should give us any fear.

Critics also are of the view that the Government has more employees than needed and should reduce their work force by atleast 10 to 15 percent to cushion the effect of the pay raise. The central government workforce (excluding defence forces) is estimated to grow from 33.1 lakh to 35.5 lakh. Of the increase of 2.4 lakh, the police alone would account for an increase of 1.2 lakh or 50 per cent. If vacancies in Central Police force is not filled up properly will it not lead to compromise in law and order situation in the country?  How could a country that has steady increase in population can downsize the man power in departments that manage public health, tax collection, public transport and so on? What is actually required is not so much downsizing but right-sizing.

Another criticism the government faces is, pay increases must be linked to productivity. They say, this is where the Government and private sector differ, which is not always true. In his best selling book, Capital in the 21st Century , economist Thomas Piketty argues that the explosion in CEO pay in the West has been increasingly divorced from performance. He also argues that the emergence of highly paid “super managers” is an important factor driving inequality in the West.

By conducting periodic audits, setting parameters such as cost effectiveness, timeliness and customer satisfaction would definitely help improve the performance of Government Sector. Improving service delivery in government is definitely a key issue, but that should not be a reason for making the pay commission or its impact a big issue.  In fact impact of rise in pay of Central Government Employees out 7th Pay Commission would not be so big as perceived.