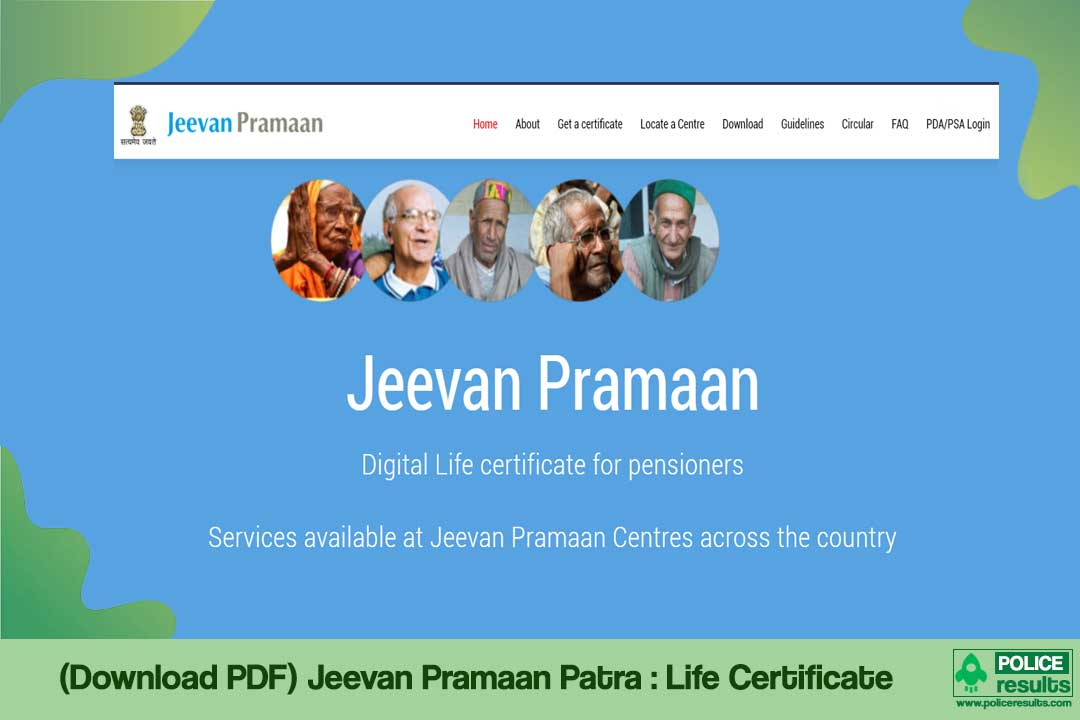 While welcoming you to the new assignment, which is quiet challenging. Bharat Pensioners Samaj assures you of full co-operation and bring to your notice the following issue needing urgent attention:-

3. General Secretary, NFRPA Guwahati has reported that quiet a number of pensioners have not received their March 2021 Pension as concerned Banks / Post Offices failed to download their DLCs Similar reports are pouring in from other places too.

Sir, As we know, the flow of the DLC Generation, Access and Acceptance of DLC is as follows:

3. Pension Disbursing Authorities ( HPOs, Banks) have to access the Jeevan Pramaan and download the Life Certificates related to the Pensioners,

4. Link the downloaded Life Certificates with the pensioners.

Apparently, some Banks/HPOs are not accessing/downloading and linking the DLCs resulting in non disbursement pension in time. Thereby, causing, avoidable hardship to poor old pensioners.

This need to be take up urgently, with Concerned CPPCs. 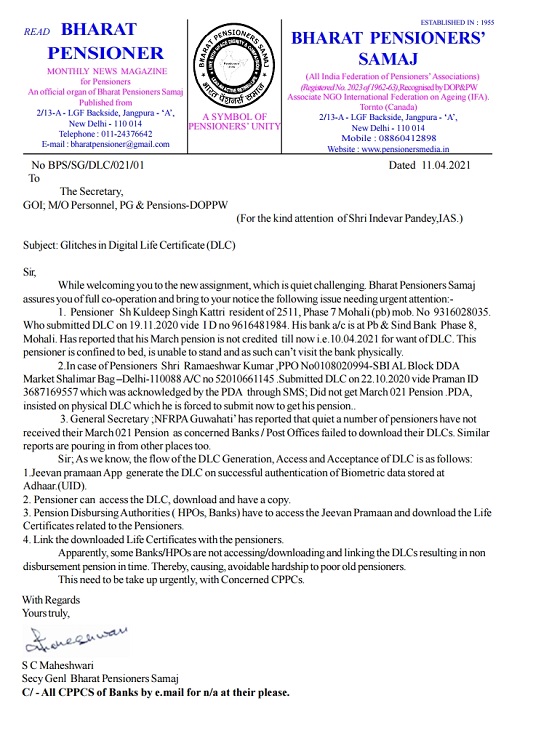