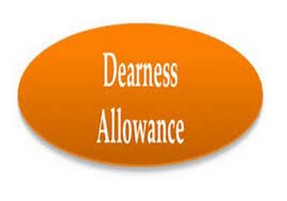 The labour ministry is working on a new series of consumer price index for industrial workers (CPI-IW), which is used to determine dearness allowance (DA).

DA is a cost of living adjustment allowance paid to government employees, public sector employees and pensioners in the country. It is calculated as a percentage of an employee’s basic salary to mitigate the impact of inflation on people.

A senior government official told ET that the labour bureau under the ministry has finalised the new CPI-IW with base year 2016. It is proposed that the base be revised every six years to capture the changes in living expenses more quickly, the official said. The existing CPI-IW has 2001 as the base year.

The new index will include addition of new industrial centres to make price gauze more representative, taking total number of industrial centres under consideration to 88 against 78 now, the official said. Several new items are being added to the list, including cars and mobiles, to reflect the change in lifestyle of industrial workers over the last 15 years.

“The trend so far is that the weightage of transport, healthcare and housing has gone up many fold in the new series in the monthly expenditure of an industrial worker, especially consumption of petrol and diesel with the addition of cars to it, while there is decline in overall food basket which is being diversified,” the person said. With increase in fuel prices, cost of healthcare and housing, it is expected that there will be some increase in new index.

Since this index is used to determine dearness allowance of all government employees and industrial workers there may be significant financial implication, running into crores of rupees with the revision in base year, the official said.

The new index will soon go to the technical advisory committee for vetting, after which it will go to the national tripartite consultation before it is finalised, the official said. The labour bureau had taken approvals from standing tripartite committee at all stages development of the index, the official added.

Based on the recommendations of the 7th Pay Commission, the Union Cabinet had in March this year increased DA to 7% from 5% effective January 2018, thus benefitting 48.41 lakh central government employees and 61.17 lakh pensioners.