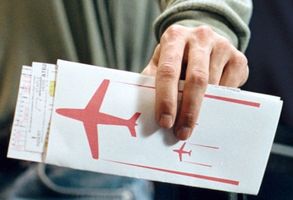 Air travel only by Air India in all cases of air travel – both domestic and international, OM dated 29.07.2010

Sub: Air travel on official account- both domestic and international.

The undersigned is directed to refer to this Department’s OM dt. 13.07.2009(copy enclosed) on the subject cited above, which mandated air travel only by Air India in all cases of air travel, both domestic and international, where the Government of India bears the cost of air passage. Further, the para 3 of the said OM stipulates that in all cases of deviation from these orders because of operational or other reasons or on account of non- availability, individual cases may be referred to the Ministry of Civil Aviation for relaxation.

2. References are being received in this Ministry for extension of periods of deputation abroad due to non-availability of seats in Air India flights. As extensions in deputations entail additional costs, M/o Civil Aviation is advised that in all cases of official tours, where the tickets by Air India are not available on the scheduled day of travel as per approved tour itinerary, Government officials may be exempted from the requirement to travel only by Air  India.

(Karan Singh)
Under Secretary to the Govt. of India