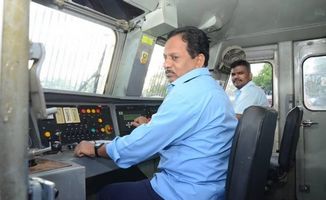 Sub : Implementation of the recommendations of 7th CPC – Fitment Factor and Pay Fixation for Running Staff.

2. In this connection, it is stated that unlike during the Sixth CPC where there were separate fitment tables for pay fixation, in the Seventh CPC only a single multiplication factor of 2.57 and a single Pay Matrix table has been recommended and accepted. Paragraph 2 of the Resolution dt. 25.07.2016 refers. Therefore, no other multiplication factor or Pay Matrix/ Fitment table can be used for pay fixation for any category of staff.

3. Further, as brought out in para 12 of the Resolution dt. 25.07.2016 pay fixation of running staff (who draw Running Allowance) has been clubbed with fixation pay of Doctors (who draw NPA). The methodology and illustration for computing revised basic pay in the case of Doctors have been clearly brought out in para 7 (B) (ii) of the Notification dt. 25.07.2016 of Ministry of Finance. It may be observed that the rate of increase. in the illustration in the case of Doctors is also not exactly 14.29%. in fact, para 12 of the Resolution mentioned that actual raise in pay at the time of initial fixation is to be ensured at about 14.29%. The figure therefore is not an absolute percentage of raise which has to be ensured, A similar methodology of pay fixation for running staff (keeping the basic multiplication factor at 2.57) has been applied in consultation with and approval of Ministry of Finance.

4. It may also be seen that while fixing the pay after revision in the appropriate cell of the applicable level in the Pay Matrix the actual increase in pay works out practically to around three times the pre-revised basic pay of the running staff.

5. Therefore, pay revision for Running Staff has been done in terms of approved formulation and no separate fitment table can be issued in this connection, as brought out above.