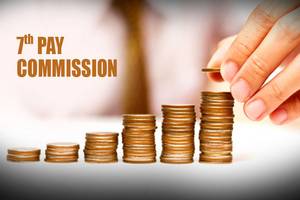 Subject: Implementation of the recommendations of the Seventh Central Pay Commission (7th CPC) – fixation of pay and payment of arrears-instructions – regarding

2. Para 8 of the aforesaid OM states that with a view to expediting the authorization and disbursement of. arrears, it has been decided that the arrear claims maybe paid without pre-check of the fixation of pay in the revised scales of pay or applicable level in Pay Matrix. Hewever, the facilities to disburse arrears without pre-check of fixation of pay will not be available in respect of those Government servants who have relinquished service on account of dismissal, resignation, discharge, retirement etc. after the date of implementation of the Pay Commission’s recommendations but before the preparation and drawal of the arrears claims, as well as in respect of those employees who had expired-prior to exercising their option for the drawal of pay in the revised scales.

3. Pr.CCAs_/CCAs/CAs are requested to issue instructions to the Pay Accounts Officers that the arrears may be paid without pre-check of the fixation of pay in the revised scales of pay er applicable level in Pay Matrix. However, they will have to exercise all necessary checks prescribed under the Central Government Accounts [Receipts & Payments) Rules, 1983 and Civil Accounts Manual. .They will also have to ensure that subscriptions/ Contributions towards GPF and New’Pension Scheme at the prescribed rates relevant to the revised pay are deducted from the arrears payable from 1-1-2016 to 31-7-7-2016. While making payment of arrears, Income Tax due needs also be deducted and credited as procedure prescribed.

4. Instructions with regard to post check of pay fixation and payment of arrears will be issued Separately.