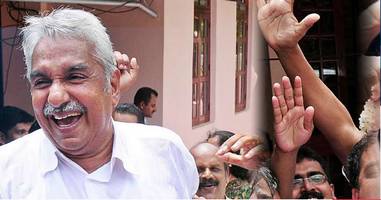 Nearly five lakh government employees, including teachers, in Kerala will get revised pay package from February with the state cabinet today approving the 10th Pay Revision Commission report with effect from July, 2014.

The cabinet also approved the revision recommended for pensioners, who number more than four lakh.

The salary increase would range from Rs 2,000 to Rs 12,000 for employees depending upon their grades after the revision, which will have retrospective effect from July, 2014.

Along with revised pay scale, employees would be given three per cent DA and six per cent DA from January 2015 and July 2015 respectively, Chandy said.

Additional burden for the government due to the pay hike would be around Rs 7,222 crore annually. Total amount of salary, pension and interest will be nearly 80 per cent of the total revenue of the state.

Chandy said the arrears would be disbursed in four instalments from April, 2017 instead of the earlier practice of merging it with Provident Fund.

Referring to the highlights of the pay scale, he said cabinet approved the commission’s recommendation of minimum master scale of Rs 16,500 while the practice of earned leave surrender and LTC will continue.

As recommended by the commission, it was also decided to implement a medical insurance scheme for the pensioners. The Finance Department has been asked to work out details.

However, service period for getting full pension has been maintained as 30 years as against the recommended 25 years.

The Commission headed by Justice (Ret) C N Ramachandran Nair had submitted the first part of recommendations for revison in July, 2015.

The second part suggesting among other things reducing holidays, casual leaves and guidelines for promotion was submitted in December last year.

The Cabinet set up a committee headed by the Chief Secretary to examine the recommendations of the second part of the commission and submit a report to the government.

Revision pension of Pre 2006 pensioners in Railways – Railway Board orders